The red king crab is a mighty crustacean to be sure. Though it must be said that there is some debate about its royal lineage. King crabs, unlike other crabs, are thought to be descended from hermit crabs, you see. And have you noticed... GASP! They have but eight legs, though conventional crabs have 10! It matters not, I say. For the red king crab is as regal as can be. Weighing up to 20 pounds with a leg span reaching five feet... I bow to this crab's nobility. 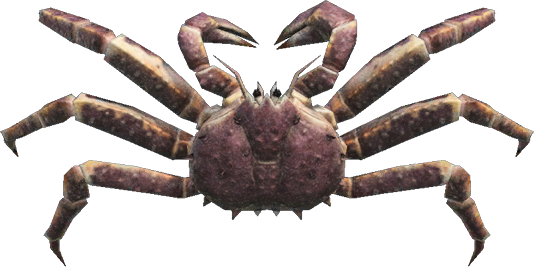